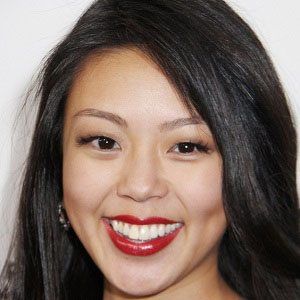 Best known for her recurring role as the head cheerleader Aubrey in the ABC Family original series Bunheads, she has also appeared in Grey's Anatomy, Revenge, and the 2013 romantic comedy feature film Cavemen.

She grew up in the Chicago suburbs and graduated with a degree in radio/TV/film and psychology from Northwestern University.

She enjoys jamming out on her guitar to country music and attending dance classes.

She was born in Chicago, Illinois and would later move to Los Angeles for her acting career.

She has trained at Playhouse West, Margie Haber Studio, and Upright Citizens Brigade, the latter of which was co-founded by Matt Walsh.

Victoria Park Is A Member Of

Yappie
Everything Before Us
32 Year Olds
TV Actresses