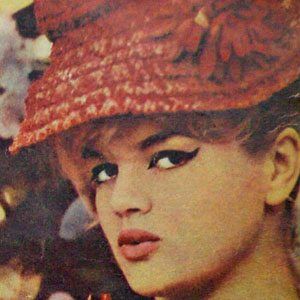 Polish singer, actress and cabaret performer who became a star in the entertainment industry for her multi-year stint at the Dunes Hotel & Casino in Las Vegas. During her career, she recorded more than three hundred songs and acted in popular films like 1971's "The Woodpecker."

She was considered a promising opera star due to her five-octave vocal range but decided to pursue more popular forms of music.

She was controversial in some circles for her status as an informant for the Polish Security Service of the Ministry of Internal Affairs.

She married American millionaire Ted Kowalczyk in January 1988 but divorced him less than a year later.

During her time as the star of the Casino de Paris at Dunes Hotel & Casino, she sang duets with music legends like Frank Sinatra.

Violetta Villas Is A Member Of