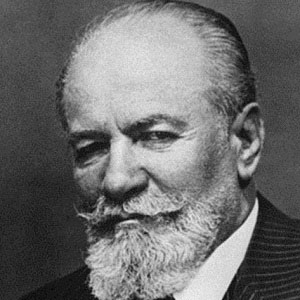 After studying briefly at Moscow State University and subsequently working as a theatre critic, he published and staged his first play, Dog-Rose (1881).

In 1936, he was named a People's Artist of the USSR. He later received both the Order of Lenin and the USSR State Prize.

Born in Ozurgeti, Georgia, he was the son of an Armenian mother named Alexandra Yagubyan and a Ukrainian father who served in the Russian Army.

Vladimir Nemirovich-Danchenko Is A Member Of