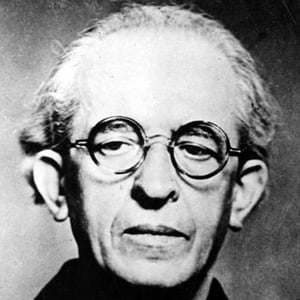 Hungarian-born politician who served during the WWII era as Prime Minister and Minister of Foreign Affairs in the Slovak Republic.

He studied law and taught in Hungary before joining the Slovak People's Party.

He was an infamous supporter of the Nazi regime and was responsible for the mass deportation of Slovak Jews to Polish concentration camps.

He immigrated to Austria with his wife at the end of World War II. He was eventually captured by Allied troops and sentenced to death for his crimes against humanity.

He and Fritz Fischer were both involved with the Nazi party.

Vojtech Tuka Is A Member Of