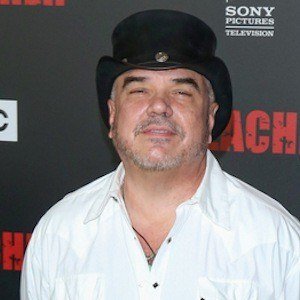 Actor who is famous for his litany of roles throughout film and television, including as Warren in the 1995 comedy There's Something About Mary. He is also widely known for his role as Kenny in the 1996 horror film Scream, and hitman Johnny Martorano in 2015's Black Mass alongside Johnny Depp.

He earned his bachelor's degree from Murray State University. He would later obtain his MFA in acting from the prestigious DePaul University Theater School in 1989.

He recurred in the HBO series True Detective (season 2) as Detective Teague Dixon. He has also starred on the AMC series Preacher as Hugo Root.

He has voiced for the 2013 survival video game The Last of Us alongside Troy Baker.

Scream
Rookie of the Year
The Lone Ranger
More