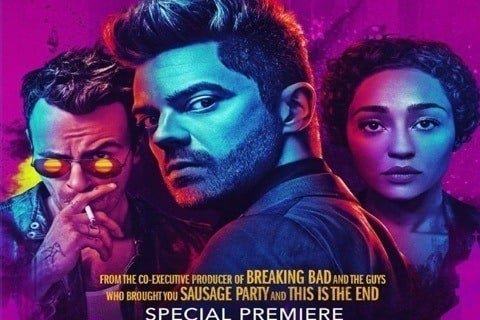 This show follows a preacher who enlists the help of a vampire to find God. The show was created by Sam Catlin, Evan Goldberg, and Seth Rogen.

The series is based on the comic book series by by Garth Ennis and Steve Dillon. The show was nominated for its first Saturn Award in 2017 for Best Fantasy Television Series.