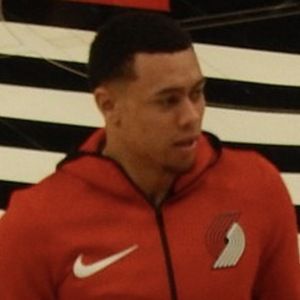 Point guard who was selected 17th overall by the Memphis Grizzlies in the 2016 NBA Draft.

He played college basketball for the Vanderbilt Commodores during the 2015-2016 season. He set the then-school record for assists in a season with 155.

He finished his freshman season at Vanderbilt selected to the All-SEC 2nd team. He earned multiple NBA D-League assignments with the Iowa Energy, the Memphis Grizzlies' affiliate, during his 2016 rookie season.

He was born and raised in Belle Meade, New Jersey.

He played high school basketball for St. Joseph's in New Jersey alongside eventual NBA Rookie of the Year Karl-Anthony Towns.

Wade Baldwin IV Is A Member Of