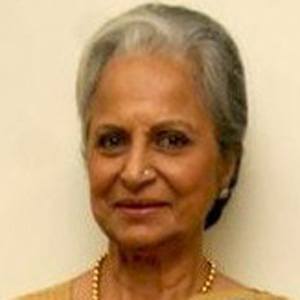 She won her first Best Actress award from the National Film Awards in 1971 for her role in Reshma Aur Shera.

She was married to Shashi Rekhi from 1974 until his death in 2000; the couple had two children, Shoail and Kashvi.

She co-starred in the 1969 Hindi classic Khamoshi with Rajesh Khanna .

Waheeda Rehman Is A Member Of