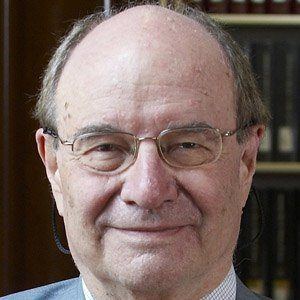 Molecular bioligist who won the 1980 Nobel Prize for Chemistry for his work in devising methods for determining the sequence of nucleotides in a nucleic acid .In 1986 he proposed the RNA world hypothesis for the origin of life, based on a concept first proposed by Carl Woese in 1967.

He attended Trinity College and Harvard University before being appointed assistant professor of physics in 1959 at Harvard.

He was made a Foreign Member of the Royal Society of London in 1987 after winning US Steel Foundation Award from the National Academy of Sciences in 1968.

He resided in Massachusetts.

He was influenced by Galileo Galilei.

Walter Gilbert Is A Member Of