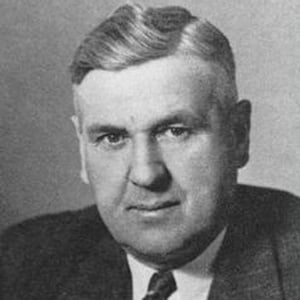 Paleontologist and fossil hunter who collected specimens from around the U.S., as well as China and Mongolia. He was also the president of the prestigious Explorers Club during the 1930's.

Developing a childhood interest in taxidermy, he got a job with the American Museum of Natural History in New York City at age 17, and from there developed an interest in fossils.

As the assistant curator of the American Museum of Natural History, he devoted four months of every year to field trips and important research papers.

He was born in Middletown Springs, Vermont, his father Charles H. Granger an insurance agent.

At the same time he was taking his fossil-collection trips, Charles Beecher, another prominent paleontologist, was studying his big find at Beecher's Trilobite Bed.

Walter W. Granger Is A Member Of