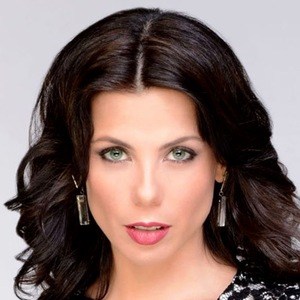 Venezuelan actress from Boston who is known for appearing in a range of different television series and films. She is most recognized for her recurring role as the character of Priscilla in the Nickelodeon series Grachi.

Her career in entertainment began in 1991 when she appeared in a commercial for Malt Caracas. The following year, she made her debut television appearance in the series El Circo de las Complices. In 1993, she starred in her first television feature film La isla de Los Tigritos.

She is known for having won the Premios Tu Mundo award for Best Supporting Actress for her work in the 2012 television series Una Maid en Manhattan.

She was born in Boston, Massachusetts but soon after moved to Venezuela where she was raised.

She starred alongside Norkys Batista and Luciano D'Alessandro in the 2005 television series Amor a Palos.

Wanda D’Isidoro Is A Member Of