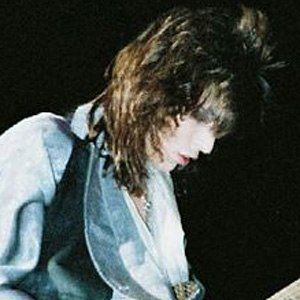 Lead guitarist for the glam rock group Ratt who also worked with Dokken. His nickname is Torch.

He got a guitar from his mother when he was seven, but found it frustratingly hard to play it, so he smashed it.

He is a member of the Rock and Roll Hall of Fame and on the Rolling Stone's list of the 100 Greatest Guitarists of All Time.

His two older brothers had their own band and rehearsed in the basement, which drew the interest of young Warren.

Warren Demartini Is A Member Of