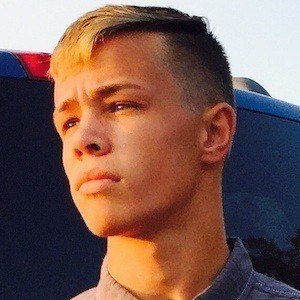 Web comedian who gained fame posting short videos on the six second video app Vine. There, he gained upwards of 100,000 followers before the app was discontinued. In 2015, he launched his itzwyatt TikTok account, where he has over 480,000 followers.

He began his career by making YouTube videos with a friend. After the release of Vine, he tried it out and fell in love with the new format.

Having had previous accounts, he has had to create new ones for both his Instagram and Twitter.

Born in Clovis, California, he has two sisters.

He frequently tagged fellow Vine comedian Chrish Guerra in videos on his own Vine account.

Wyatt Peverill Is A Member Of