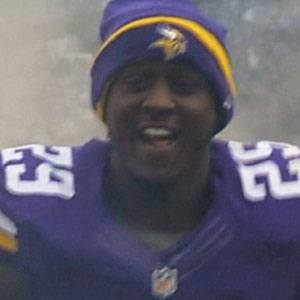 Cornerback who was drafted by the Minnesota Vikings in the first round of the 2013 Draft. He was previously a First-Team All-ACC selection at Florida State University and was named the ACC Defensive Rookie of the Year in 2010.

He led the football team in both rushing in receiving in his senior year at Miami Norland High School in Miami Gardens, Florida.

He received the Mr. Dependable Skill Award in two straight years at the Seminoles' annual banquet.

He was raised by his mother in a single-parent home.

He has played alongside Harrison Smith on the defense of the Minnesota Vikings.

Xavier Rhodes Is A Member Of