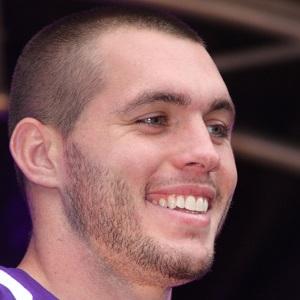 Star lineman of the University of Notre Dame was drafted by the Minnesota Vikings in the second round of the 2012 NFL Draft.

He redshirted his freshman year, and in his first full year with the team he averaged almost 7 tackles per game; by his senior year, he had a team high 7 interceptions.

He proved an excitable player his first year with the Vikings, getting thrown out of a game for arguing with an official, and earning a stiff fine after a horse-collar tackle.

He was born in Augusta, Georgia.

Harrison Smith Is A Member Of