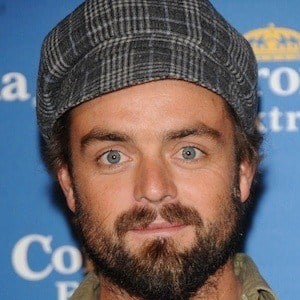 Australian singer known for his album Nanna, which was produced in conjunction with the United Nations. Like his other albums, it focuses on social issues.

He grew up playing guitar and woodwind instruments. Before embarking on a solo career, he played with a band called Xavier and the Hum.

Of Aboriginal descent, he's advocated extensively for Australian Aborigines and their traditional ways of life. He was named Australia's sexiest male vegetarian by PETA in 2008.

He has two sons with ex-wife Marci Lutken. He grew up with six siblings.

He collaborated with Errol Brown on Nanna.

Xavier Rudd Is A Member Of