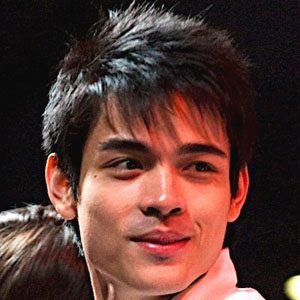 Chinese-Filipino singer, actor, and model known for his role in the series My Binondo Girl as well as the film Bride for Rent. He also filmed the movie Dear Other Self in 2017.

He went to college in the Philippines to study as a basketball varsity scholar at the University of the East in Manila.

He has received numerous awards for his work including 4 ASAP Pop Viewer's Choice Awards.

He was born Alexander Xian Cruz to parents Godofredo and Mary Anne. He moved to Manila when he was 6 months old.

He co-starred with Kim Chiu on My Binondo Girl.

Xian Lim Is A Member Of