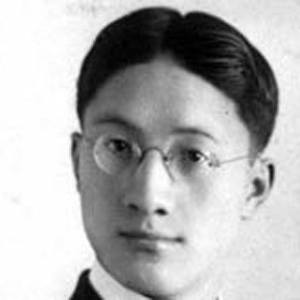 Chinese Romantic poet who is most remembered for a 1928 poem entitled "On Leaving Cambridge."

He studied at several Chinese and American universities before attending King's College, Cambridge, where his love affair with poetry began in earnest.

He was killed in a plane crash at the age of thirty-four.

While a university student at Cambridge, Xu Zhimo found literary inspiration in the work of John Keats and other English Romantic poets.

Xu Zhimo Is A Member Of