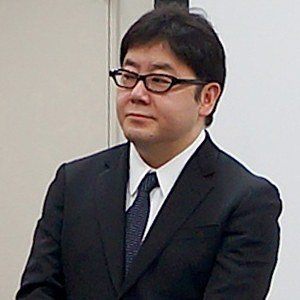 Record producer who has become renowned for his work with some of Japan's biggest pop groups, including AKB48 and Onyanko Club. He is also a respected lyricist, having penned songs for artists like Jero, Tunnels, and Kinki Kids.

He became a television writer while he was still in high school. He later attended Chuo University.

He wrote the horror novel Chakushin Ari, which was adapted into a movie called One Missed Call in 2003.

He married Mamiko Takai of Onyanko Club fame in 1988.

He wrote the Hibari Misora song "Kawa No Nagare No Yō Ni."

Yasushi Akimoto Is A Member Of