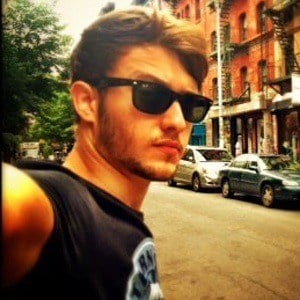 Most well known for his role as Leo in the television series Split. He also had leading roles in Napoleon Hills Kids and Ha-E.

He was discovered at the age of eight in a cafe and began his career appearing in commercials. One of his first major roles was at ten in the telefilm Who stole the show?

In 2012, he lead the award-winning Israeli drama Rock the Casbah.

He is the youngest son of Naama Tumarkin and artist Yigal Tumarkin. His grandfather, Martin Hellberg, was a renowned actor and director. He previously dated actress Amit Farkash.

In the 2013 television series The Arbitrator, he starred alongside Yehuda Levi.

Yon Tumarkin Is A Member Of