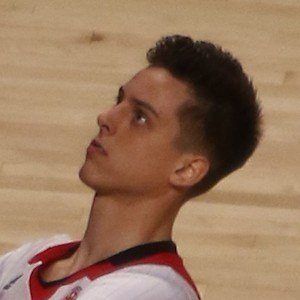 Center who was named Second-Team All-WCC at Gonzaga University and helped lead the school to its first-ever NCAA National Championship Game appearance. In the 2017 NBA Draft, he was picked in the first round by the Sacramento Kings before being traded to the Portland Trailblazers.

He won the Nevada Gatorade Player of the Year award as a senior at Bishop Gorman High School in Las Vegas, Nevada.

He competed in the 2015 FIBA 3x3 Under-18 World Championships, where he played with future Gonzaga teammate Killian Tillie.

His parents are Michael and Heather Collins.

He was coached by Mark Few at Gonzaga University.

Zach Collins Is A Member Of