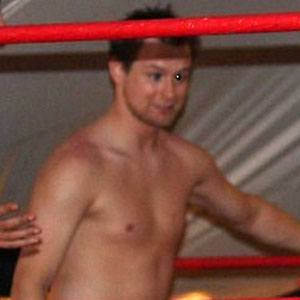 Wrestler who performed with both Total Nonstop Action Wrestling and World Wrestling Entertainment. An amputee, he was the first professional wrestler to compete with only one leg.

He lost his left leg at the age of eight as a result of a childhood battle with cancer. He began his pro-wrestling career in 2002.

His wrestling names include "Tenacious Z" and "Pogo The One-Legged Boy."

He grew up in Michigan and studied at Eastern Michigan University. He has two sons named Nolan and Henry with his wife Kelly.

Early in his career he lost a wrestling match to John Cena.

Zach Gowen Is A Member Of