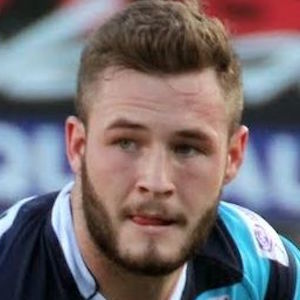 English international center and fullback who first represented his country in 2012. He joined Penrith Panthers in 2016 after playing five years with Leeds Rhinos.

He won three Super League titles while with Leeds. In 2015, he was named that year's Man of Steel.

He grew up in Pontefract, England.

He and Joel Moon were teammates on Leeds.

Zak Hardaker Is A Member Of