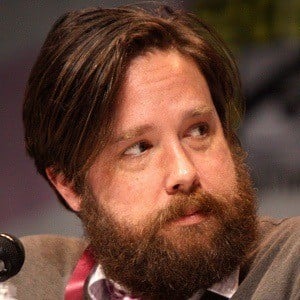 Cast member of the Wet Hot American Summer franchise, including the film and both Netflix revival seasons, who also starred in the NBC series Revolution. Other notable TV credits include Falling Water, Casual, and Veep.

He attended DePaul University. He made his debut as an actor in 1994's Spanking the Monkey.

He briefly appeared in Baz Luhrmann's rendition of Romeo + Juliet and booked other film roles in In & Out, Loser, Melinda and Melinda and Vicky Cristina Barcelona.

He was born Adam Zachary Orth to Robert Orth, an opera singer, and Jane Oehms, a piano teacher.

He and Michael Showalter comprised a comedic musical duo called The Doilies.