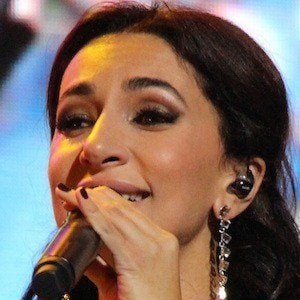 Turkish folk singer and actress with ten album releases between the years 1998 and 2014 who won the Golden Butterfly for "Best Singer at Turkish Folk Music" in four consecutive years between 2000 and 2003.

She won a nationwide high school level competition of music and folk dance as a female Turkish folk musical soloist in 1991 and 1993. She was a student at Istanbul Technical University State Conservatory in the department of vocal music.

She performed in a musical production called Yunus Emre, starred in a film called Eylül Fırtınası, and landed a leading role in a show titled Gelin.

She was born Nese Yilmaz in Istanbul, Turkey. She was married to recording company owner İskender Ulus from 2002 to 2007. She then married Akif Beki in 2012.

She hosted singer Ibrahim Tatlises while a personality of the show Zamanı Geldi.

Zara Is A Member Of