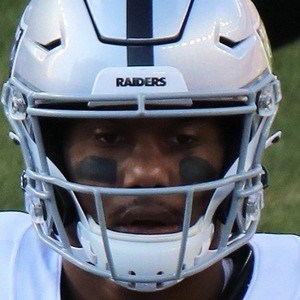 Wide receiver who is known for his time in the NFL. He rose to widespread fame for his collegiate play for East Carolina, with whom he finished his career in 2016 as the NCAA Division I career and single season receptions leader in 2016.

He appeared in every game as a true freshman for East Carolina University in 2013. He finished as a finalist for the 2016 Biletnikoff Award for the nation's best wide receiver.

He was drafted by the Buffalo Bills in the second round of the 2017 NFL Draft.

His father Robert played linebacker in the NFL. He has two brothers named Levi and Cayleb, who are also football players.

He and his former ECU teammate Justin Hardy have both held the NCAA Division I career receptions record.

Zay Jones Is A Member Of