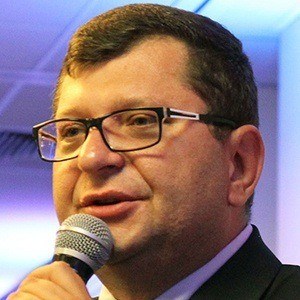 Journalist and whistleblower who is recognized for having published the files concerning Poland's bugging scandal of 2014-2015. He went on to found the Gazeta Stonoga and he launched an eponymous YouTube channel to publish politically charged videos.

He studied law at the University of Warsaw but did not graduate.

In 2015, he was sentenced to a year in prison for car sale fraud.

Both he and Kamil Durczok were born in Poland.

Zbigniew Stonoga Is A Member Of