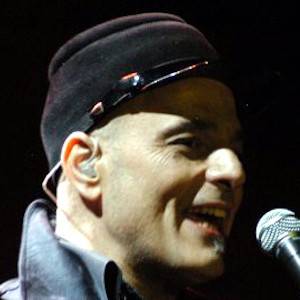 Argentinean bassist who was a founding member and bass player of the group Soda Stereo. He recorded dozens of albums with them from 1982 to their disbandment in 1997. He went on to manage Sony Music Argentina before becoming a bassist for Chilean band La Ley. In 2015 he formed the group Shoot The Radio.

He has been practicing music since he was 11. After joining the navy, he used his first paycheck to buy a bass guitar. He went on to study advertising at the University of El Salvador. It was there he met his future Soda Stereo bandmates.

He has four children - Simón, Juan Bautista, Jaime and Tobías - with his former wife Silvina Mansilla. In 2010 he married model Estefanía Iracet. Together they have a daughter, Anastasia.

Gustavo Cerati and Charly Alberti were his Soda Stereo bandmates.

Zeta Bosio Is A Member Of