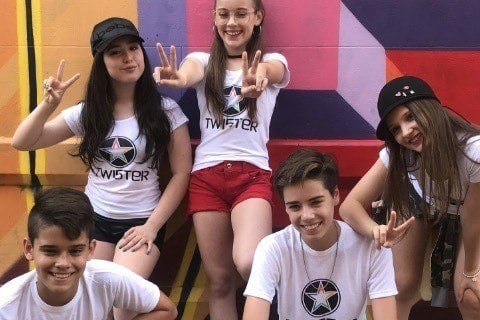 Pre-teen band talented as singers, dancers and actors that started off by doing covers in a fresh new way. Their first cover to be uploaded was of "Robarte un beso" by Carlos Vives and Sebastian Yatra, and their first original single was called "Si me das tu amor."

The group has covered other artists such as Camila Cabello, Luis Miguel, Luis Fonsi and Demi Lovato. Their most watched YouTube cover became "Suena el Dembow" by Joey Montana and Sebastian Yatra.