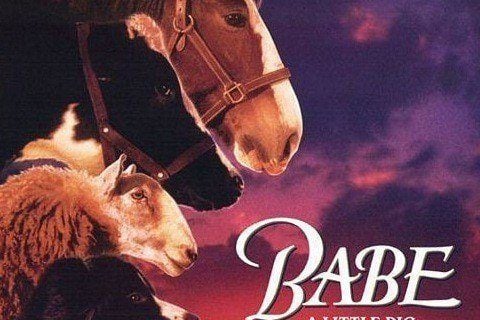 A pig named Babe has been raised by sheep and learns to be a sheep herder from Farmer Hoggett but will the farm animals accept the pig breaking out from social farm norms?

The film is inspired by Dick King-Smith's novel The Sheep-Pig. 48 pig actors were used for the role of Babe, due to pigs growing quite quickly.