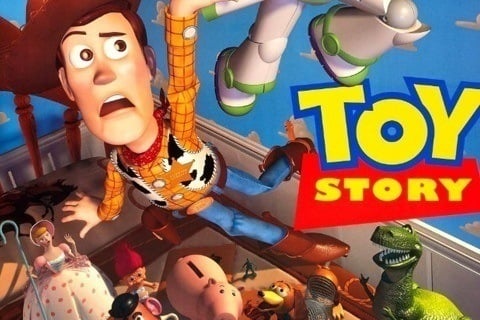 The first feature length Pixar film follows Woody as he deals with his jealousy of newcomer Buzz Lightyear.

The movie became the first animated film to be nominated for a Best Screenplay Academy Award - Adapted or Original. Buzz Aldrin, the second man to walk on the moon, was the inspiration for Buzz Lightyear's name.