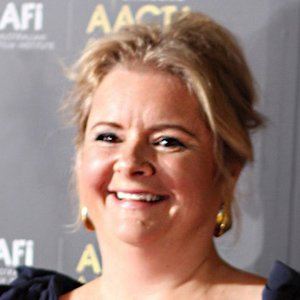 Well regarded for her role as Sharon Strzelecki in the situational comedy Kath & Kim, she is an actress and comedian who began her career writing and performing sketch comedy. She later appeared in the films Babe and Babe: Pig in the City in the role of Esme Hoggett. She also created the Dogwoman series of TV films.

She studied fine arts and philosophy at the University of Melbourne. In year 10, she was the captain of a team on the television quiz show It's Academic.

She and 2 siblings were raised by parents Zbigniew and Margaret Szubanski.

She would star alongside Jane Turner in Kath & Kim.

Babe
The Golden Compass
Ride Like a Girl
More