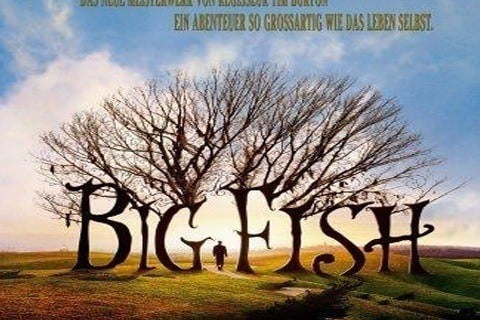 While on his deathbed, a former traveling salesman with a knack for storytelling tells the story of his life to his son. However, his frustrated son cannot decipher what is fact and what is fiction.

The film is based on the novel titled Big Fish: A Novel of Mythic Proportions. Director Tim Burton makes a cameo in the film as a clown.