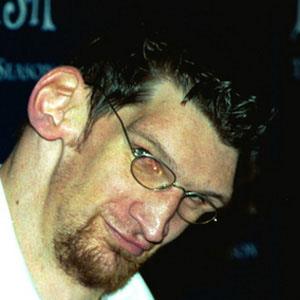 7'6" actor whose height landed him roles in the films Bubble Boy and Big Fish. He also appeared several times on The Howard Stern Show.

Before landing a film role, he appeared in a couple music videos for Iron Maiden and Marilyn Manson.

He had roles in two Rob Zombie films, House of 1000 Corpses and The Devil's Rejects.

He lived with his longtime girlfriend Melissa in California.

Matthew McGrory Is A Member Of