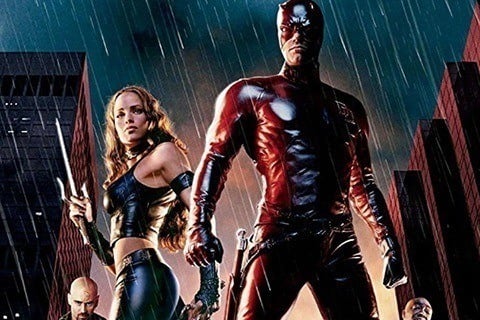 A blind lawyer with enhanced remaining senses to help him fight crime as an acrobatic martial arts superhero. In 2005, a spin-off film called Elektra was released based on Daredevil's love interest in the film.

The Marvel Comics character was revived and set in the Marvel Cinematic Universe as a television series on Netflix.

School of Rock
Pirates of the Caribbean: The Curse of the Black Pearl
Honey
More Superhero Movies
More 2003 Movies