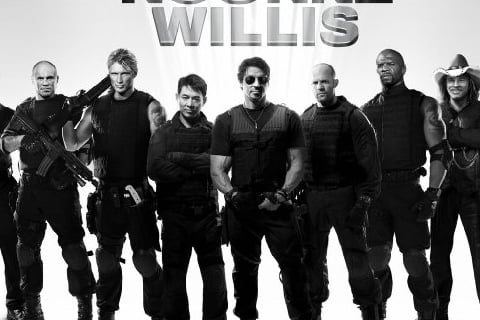 In the first installment of the popular film series, a team of mercenaries go on a mission to assassinate a Latin dictator and a rogue CIA agent. The cast is an ensemble of numerous popular action film stars.

The film grossed $274 million at the box office worldwide and was followed by the sequel, The Expendables 2, in 2012.