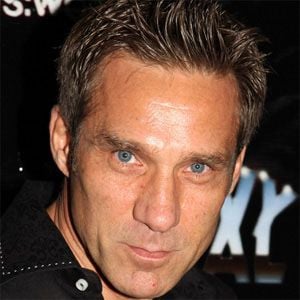 Kickboxer and star of martial-arts action movies, including The Expendables and the 1995 film, Fist of the North Star. In 2012, he appeared in six films, including The Mark and The Rogue.

He was inspired by Bruce Lee's Enter the Dragon when he was young. He began training in martial arts at the age of eight, receiving his first black belt at 15.

Retiring in 1993 with a kickboxing record of 22-4-0, he turned his ring fame into a part on Miami Vice, which began his acting career.

He had five children with his wife Maricyn.

He starred opposite Dolph Lundgen and Jet Li in the 2010 film, The Expendables.

Gary Daniels Is A Member Of