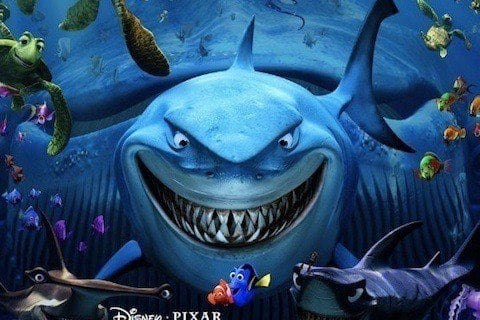 Academy Award-winning Pixar film about a nervous fish father who must find his missing son in Sydney with the help of a forgetful fish.

The dentist in the film has a diploma from the Pixar University School of Dentistry. The DVD of the film sold over 40 million copies, becoming the best-selling DVD title of all time.