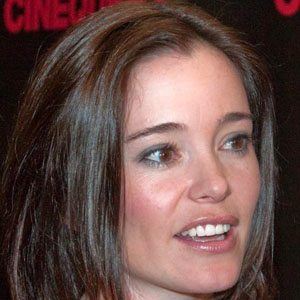 Actress who appeared in The Mighty Ducks movie series and in the 2001 comedic cult classic Wet Hot American Summer.

She began her career by playing the recurring role of Melanie on the popular 1990s television show Blossom.

She studied political science at Vassar College, graduating in 1999.

She married Christopher Redman, and the couple had one child.

She appeared in a 2008 episode of Mad Men, a hit television show starring Jon Hamm.

Marguerite Moreau Is A Member Of