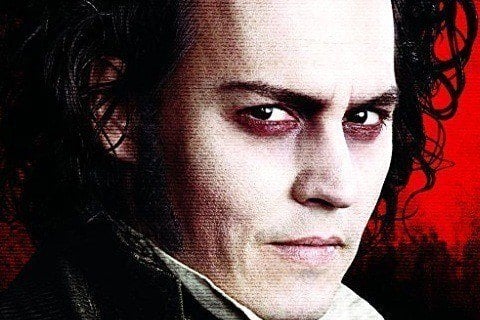 Benjamin Barker, a.k.a. Sweeney Todd, uses his barbershop as a place to murder his customers who later are sold in meat pies made by his loving accomplice, Mrs. Lovett. The film is based off of Stephen Sondheim and Hugh Wheeler's musical of the same name.

Helena Bonham Carter, who plays Mrs. Lovett, was pregnant during filming. Johnny Depp, who plays Sweeney Todd, did not work with a vocal coach prior to filming.