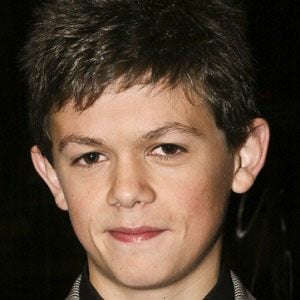 Screen actor and vocalist known for his role as Tobias Ragg in the 2007 movie version of the Stephen Sondheim musical Sweeney Todd: The Demon Barber of Fleet Street. He earned Las Vegas and Phoenix Film Critics Society Awards for his performance.

He was nominated for a 2008 Young Artist Award for his work in Sweeney Todd.

After appearing in Sweeney Todd, he played a small role in the 2011 movie Hugo and also pursued a career as an audio engineer.

He shared the screen with Johnny Depp and Helena Bonham Carter in the Tim Burton-directed Sweeney Todd.

Ed Sanders Is A Member Of