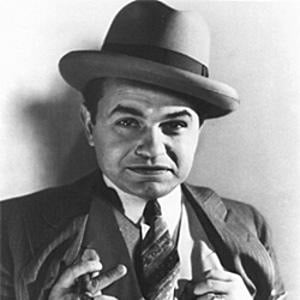 His real name is Emanuel Goldenberg, but he adopted a stage name after gaining a scholarship to the American Academy of Dramatic Arts.

He is remembered for his roles as gangsters, but he also played Dathan in The Ten Commandments.

He married his first wife, actress Gladys Lloyd, in 1927. The couple separated in 1956.

He was listed as one of the greatest male stars in American cinema, along with Marlon Brando.

Edward G. Robinson Is A Member Of