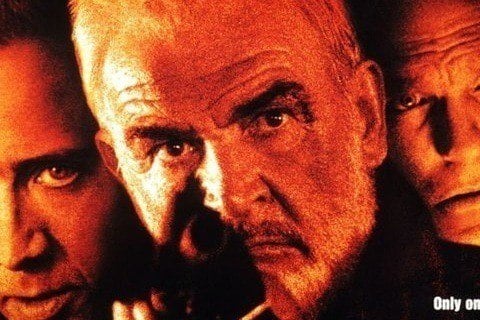 A chemist and a former British spy set out to stop Gen. Francis X. Hummel from launching chemical warfare on Alcatraz Island and into San Francisco. The film was nominated for an Academy Award.

Sean Connery had his own cabin on Alcatraz while filming. Some of the Navy SEALs in the movie are actual Navy SEALs.