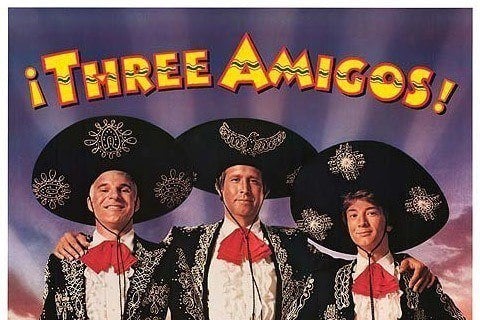 When they get accepted for a job in Mexico, three silent-era actors go thinking this will reignite their acting career. However, the villagers think they are the real heroes and not actors so they must live up to their reputation.

The movie is Martin Short's first starring role in a feature film. The movie was shot in four months in Arizona.