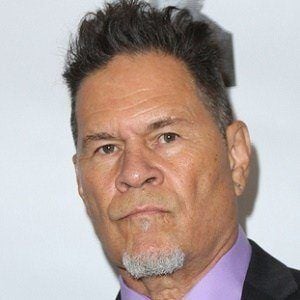 American actor known for his television roles in such series as Santa Barbara, L.A. Law, and Profiler. He has also appeared in films including The Cowboys and What's Cooking?.

He was talented in multiple aspects from a young age, winning a talent competition at the Hollywood Bowl when he was only twelve and later playing in a rock band during high school.

He has appeared in a number of notable shows including General Hospital, The Bold and the Beautiful, and Longmire.

He was married to Mare Winningham for a short time and later married Leslie Bryans in 1982.

He had a recurring role on All in the Family which starred Jean Stapleton.

A Martinez Is A Member Of