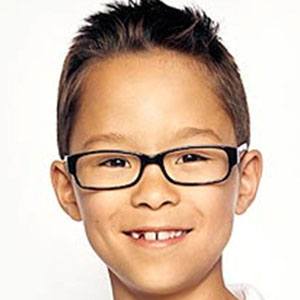 Oldest boy of the Gosselin sextuplets who starred in the reality show Jon and Kate plus 8 with his parents Jon and Kate Gosselin.

He grew up in Wyomissing, Pennsylvania.

He was nicknamed The Professor because of his glasses.

He was born alongside his brothers Collin and Joel and sisters Leah, Alexis and Hannah on May 10, 2004. He also has two other siblings. In 2009, his parents divorced.

He has two older twin sisters, Cara and Madelyn.

Aaden Gosselin Is A Member Of