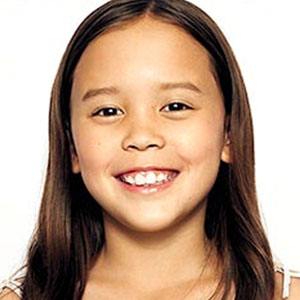 One of the sextuplets who was featured on the TLC reality show Jon and Kate Plus 8. She was born on May 10, 2004 alongside fellow sextuplets Joel, Collin, Aaden, Hannah and Alexis.

She grew up in Pennsylvania.

She is the younger sister of twins Madelyn and Cara and the youngest girl of the sextuplets.

Her parents, Jon and Kate Gosselin, divorced in 2009.

Her mother's motivations were often questioned, especially after the divorce. Many public figures, including lawyer Gloria Allred, expressed concerns that Jon and Kate's children were being exploited.

Leah Gosselin Is A Member Of