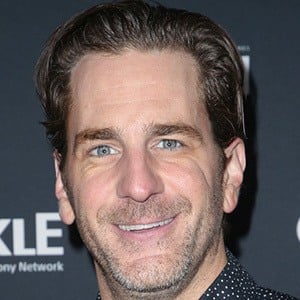 Television actor who is predominantly recognized for his portrayal of Congressman Matthew Weitz on the network crime drama Blindspot.  He has also had significant roles on The Oath and Hannibal

He made an appearance on a 2003 episode of The In-Laws.

In 2006, he made an uncredited appearance in the family adventure film Zoom.

He was cast on Blindspot which starred Sullivan Stapleton.

Aaron Abrams Is A Member Of

Blindspot
Hannibal
The Open House
It Was You Charlie