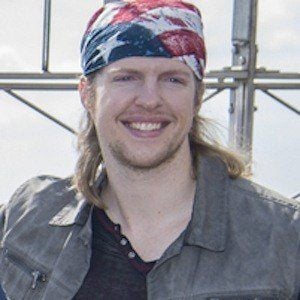 Beat boxer who became one-fifth of the acappella group, Home Free that would go on to win the fourth season of NBC's The Sing-Off. The group put out a debut album called Crazy Life in February of 2014.

He earned a bachelor's degree in music and is trained in the instruments of trumpet, drums, keyboard and bass guitar.

He married Ericha in September of 2010 and together they have a child. Most of his family is musically inclined with his brother Chris being a member of Home Free, his sister Tristin being an actress and singer, and his mother being involved in music as well.

He is joined by Austin Brown and Tim Foust among others, in Home Free.

Adam Rupp Is A Member Of