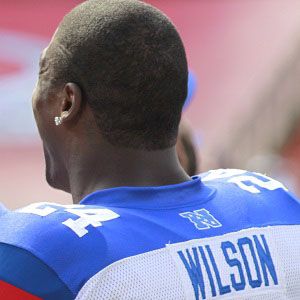 Pro Bowl NFL strong safety who was drafted by the Arizona Cardinals in the third round of the 2001 NFL Draft; later signed with the New England Patriots.

He played college football at North Carolina State University but skipped his senior year to declare for the draft.

He recorded the most sacks in a season by a defensive back in 2005 while playing for the Cardinals.

He fathered three children with his wife Alicia.

He played alongside Kurt Warner during the Cardinals' 2008 Super Bowl run.

Adrian Wilson Is A Member Of